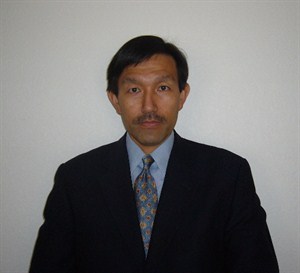 Sensei Matsuura has been a karate practitioner since a young boy in the Gifu prefecture in central Japan since introduced by his father to the art as a very young boy. At ten years of age, his instructor Takenori Tanaka was his instructor in Shotokan Karate.  Under Sensei Tanaka,  he was awarded his initial black belt. Post high school years, Sensei Matsuura moved to Osaka where he met Grand Master (Soke) Hayashi. Grand Master Hayashi agreed to accept him into his dojo albeit as a beginning student. The requirement was that he enters training as a novice white belt.

For many years, the training continued until earning his black belt in Hayashi Ha Shito- ryu.

It was in 1986 that he was recruited from Japan by Hanshi Thiry to instruct Karate and to help his efforts of quality control in Washington Karate Association schools, as Hanshi's duties of Referee Council chair and national/international commitments increased. From that time until 2000, Sensei Matsuura was the head instructor at the Washington Karate Association's Ballard location.

In 2000, Sensei Matsuura had to leave the WKA in order to pursue his business development plans in international trade although he was able to reconcile teaching karate and his career as he travelled.

Presently, Sensei Matsuura is the Director of Strategic Business Development at the Center for Environmental Medicine located in the College of Veterinary Medicine and Biomedical Sciences located at Colorado State University. True to form, he is also the head instructor and founder of the University Karate-do Club. Over the course of his karate career Sensei Matsuura has trained more than 700 students in the art of karate and influenced countless more. He currently holds the rank of Sichi-Dan (7th degree black belt) as a renowned teacher in Hayashi Ha Shito ryu and holds the esteemed position of Technical Director in the Kumite section of the International Hayashi Ha Shito Ryu Karate-do Federation.